Thomas E. Woods, Jr., is a senior fellow of the Ludwig von Mises Institute. He holds a bachelor’s degree in history from Harvard and his master’s M.Phil., and Ph.D. from Columbia University. He is the author of eleven books, most recently Rollback: Repealing Big Government Before the Coming Fiscal Collapse and Nullification: How to Resist Federal Tyranny in the 21st Century. His other books include the New York Times bestsellers Meltdown: A Free-Market Look at Why the Stock Market Collapsed, the Economy Tanked, and Government Bailouts Will Make Things Worse and The Politically Incorrect Guide to American History, as well as Who Killed the Constitution? The Fate of American Liberty from World War I to George W. Bush (with Kevin R.C. Gutzman), Sacred Then and Sacred Now: The Return of the Old Latin Mass, 33 Questions About American History You’re Not Supposed to Ask, How the Catholic Church Built Western Civilization, and The Church and the Market: A Catholic Defense of the Free Economy.

Woods has appeared on CNBC, MSNBC, FOX News Channel, FOX Business Network, C-SPAN, and Bloomberg Television, among other outlets, and has been a guest on hundreds of radio programs, including National Public Radio, the Dennis Miller Show, the Michael Reagan Show, the G. Gordon Liddy Show, and the Michael Medved Show. 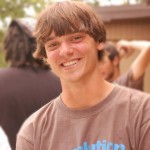 While working closely with former New Mexico Governor Gary Johnson on both his Presidential campaign and Our America Initiative, Jimmy Morrison began production on the feature length documentary The Bubble.  He drove over 30,000 miles tracking down the people who predicted the housing bubble, asking them not only about the causes of the last bubble, but more importantly, what bubbles will burst next.

In 2006, Jimmy dropped out of college to start both Patience Productions and Morrison Painting, a house painting business.  Although painting did supplement his income while he grew his film production company, 2006 was certainly not the time to enter the market.  Jimmy would go on to work extensively with Minneapolis band The Color Pharmacy.  They released numerous music videos and A Silent Concert Film, an experimental short featuring the band performing an alternate soundtrack to the 1956 French film Le Balloon Rouge.  Jimmy has now filmed three Grammy winners.  In March of 2008, Morrison shot his first feature with a budget of just $10,000.

In 2009, Jimmy received a grant to start the organization Iowa Patients for Medical Marijuana, which now has over 5,000 members.  Morrison lobbied the Iowa Board of Pharmacy, which unanimously recommended legalizing medical marijuana, the first pharmacy board in the country to do so.  Although any bill would be vetoed by the Governor, Morrison also worked with legislators to introduce the first medical marijuana bills into the Iowa House of Representatives since 1998 and since 1996 in the Iowa Senate.

While painting houses, Jimmy began listening to economics lectures and audio books.  Rather than paying to go to school, he was being paid while he learned from the best economists who ever lived.  He continued this practice while driving across North America during production of The Bubble. 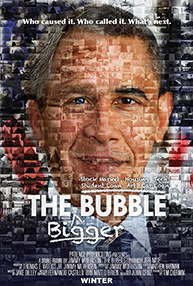